The philosophy of origami 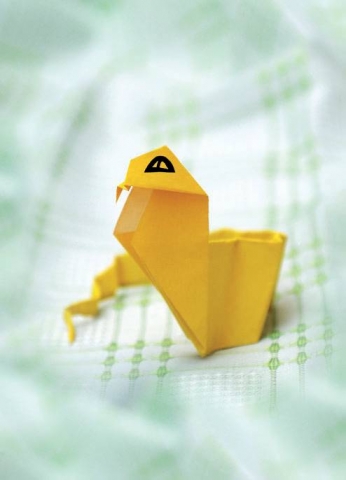 Origami can be compared with the vision of the world system, with hieroglyphics, in which the characters instead of characters are the paper figures. The symbols transmitted through a folded sheet of paper, is reflected and the world, objects and phenomena. Through the language of origami in front of us see the whole world, it referred to a special abstract language. Very interesting set that lies in the origins of this linguistic mechanism. Such unusual figurines made nevertheless understandable and accessible to all people from all over the world. This explains the popularity of origami worldwide. But in this art, as in every cultural phenomenon that has deep roots, it has its own philosophy and its unique interior concept. Therefore, carrying out a square of paper figures, a person gets the opportunity to come into contact with something more than just a mechanical study of the volume-spatial design skills. He has a chance to understand the depth of Eastern philosophy.

Origami can also be used as a textbook for the formation of three-dimensional characters, which are made from a single artistic and constructive law. Language origami has a clear and rhythmic organization. He has a single module, and a modular grid, which leads to the harmony of the ratio of small and large items. In addition to the visual expressiveness, achieved by means of brevity and consistency in the same way all the elements of this wonderful language, contemporary design attracts and thorough design principle, which is also characteristic of origami.

The possibility of origami paper to make any desired shape used very widely. Fold (the fold, fold) in this case is the most important, crucial. It helps make the design. "In a world of constant changes only" - a great discovery of Buddhism. And really - what makes people folding origami? He consistently develops his desired pattern as long as it does not appear what was required, while not subtracting anything, not cutting off, but only by changing. Some call origami sculpture, but it is not. Sculpture is an art with a minus sign (master takes away all that is not a sculpture). Origami is an art - with no signs of mathematics, it is - the art of constant change. "Everything flows, everything changes" and "can not enter twice into the same river" - these truths we have learned from the ancient Greeks. But they see this, turn away from logical changes, both on the noise and turned their attention only to the general laws, finding that, even if it does not exist forever, but at least not flashed before my eyes. The Japanese have focused on the fact that fragile, created this whole art, delicate and at the same time eternal.